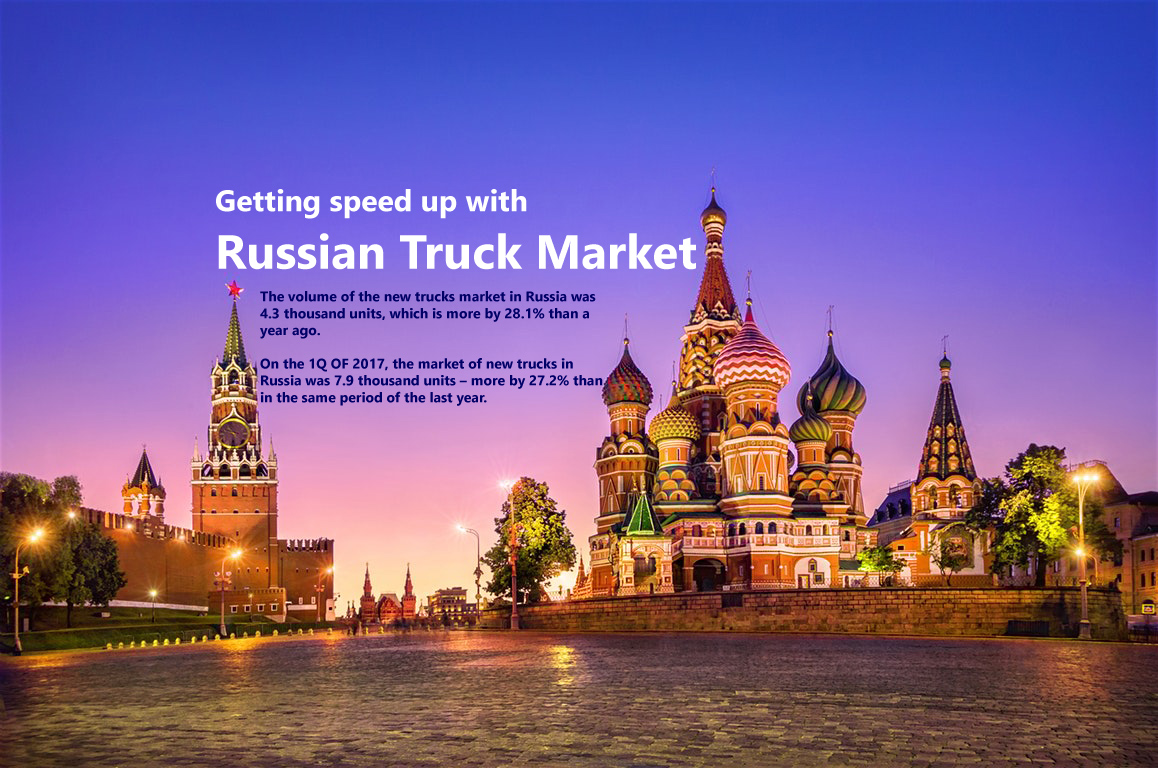 The volume of the new trucks market in Russia was 4.3 thousand units, which is more by 28.1% than a year ago.

According to the results of two months of 2017, the market of new trucks in Russia was 7.9 thousand units – more by 27.2% than in the same period of the last year.

In Russia, the truck industry’s growth plans currently depend on, among other things, how the political situation develops. The Russian truck fleet needs modernization. About two-thirds of the trucks on the road are more than 15 years old, and it is very likely that Russia will adopt E.U. emissions standards. In addition, the desire for greater vehicle safety argues in favor of modernization. However, current economic sanctions are dampening expectations for business investment.

Only a few years ago, Russia seemed to be on its way to becoming Europe’s largest truck market. Instead, political crises and the decline in the price of oil, on which Russia heavily depends, led to a slump.

The Russian market is expected to experience an economic recovery and growing demand for trucks, with annual growth rates of 11%, between 2016 – 2026. Catch up effects after years in which sanctions and low oil prices led to low economic growth will ensure significantly stronger growth in the period from 2017 to 2020.

The heavy truck segment, which is more dependent on cyclical effects, is expected to experience growth of +12.2% p.a. until 2026, significantly higher compared to the medium segment at +8.3% p.a.

Russian manufacturers are still strongly dependent on domestic demand, which is dampened by the economic consequences of the Ukraine conflict.At the same time, lower oil prices, and Russia’s dependence on them, mean that the sales figures of 2011 will only be achieved again after 2025.

Russian commercial vehicle manufacturers, who have so far struggled to meet Western emission standards, are responding to this with increased export efforts in regions with low emission standards (North Africa, Middle East, Asia, or South America).

They are also striving to maintain competitiveness in the global commercial vehicle market. The Euro 5 was introduced back in 2016, while the introduction of Euro 6 is planned for 2018. That will lead to anticipatory effects in 2017 and a slump in demand in 2018.

No stimulus is expected in the area of alternative drive systems. At present, there are no plans for measures modernize of infrastructure that could make it easier to capitalize on the great potential for natural gas drives in Russia (vast distances, high proportion of HCVs, and easy access to natural gas).

E-bus market in Worldwide by ZeEUS