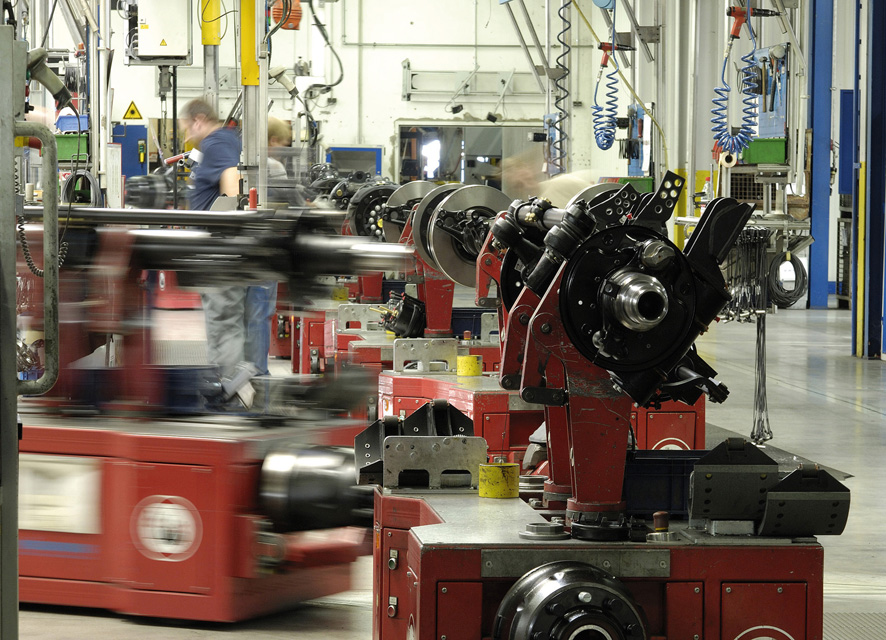 About New production center in the Yangtze delta region
SAF-HOLLAND Group is significantly expanding its production capacity in China to realize the region’s strong expected organic growth in the years ahead, particularly for modern trailer axle and suspension systems. Therefore, the Group plans to increase investment in 2018 and spend a high single-digit million euro amount in 2018 in a new central production center with manufacturing space of around 30,000 m2. The center is scheduled to commence operations already in the first half of 2019. After sales of around EUR 40 million in China in 2016, SAF-HOLLAND plans to nearly triple its sales in the region to well above EUR 100 million by 2020.

CFO Dr Matthias Heiden sees China as one of the most important growth markets for the transportation industry adding: “With this milestone contract and our greenfield investment, we are laying the groundwork for our company’s long-term and profitable growth in this region.”

Changjiu Special Vehicle Group, a leading manufacturer of trailers for transporting vehicles, will now equip its semi-trailers with axle and suspension systems from SAF-HOLLAND using special low loader axle systems equipped with the SAF MODUL air suspension system. This system is unique in its versatility and number of combination options. The delivery agreement covers a period of five years with delivery of the first systems already underway. Sales of around EUR 15 million are expected in 2018 under this agreement.

The main driver of the strong demand for weight-reduced truck and trailer components in China is the restrictions on the total weight permitted for vehicles and truck and trailer combinations, which were introduced in September 2016 (GB 1589). This has sparked increasing customer interest in more sophisticated, weight-saving systems, such as those offered by SAF-HOLLAND.
At the same time, dimension limits and loading regulations introduced for the vehicle transportation segment came into effect, which has led to a significant reduction in the number of transportable vehicles per semi-trailer. As a result, experts assume that it will be necessary to expand existing transportation capacity in this segment by 20% to 40%.
In addition, the new GB 7258 regulation, which will take effect in stages, prescribes the use of disc brakes and air suspensions for all trucks and trailers transporting dangerous goods for safety reasons. Consequently, vehicles in this category will be required to use disc brake technology starting in January 2019 and, additionally, air suspension systems as of the year 2020.