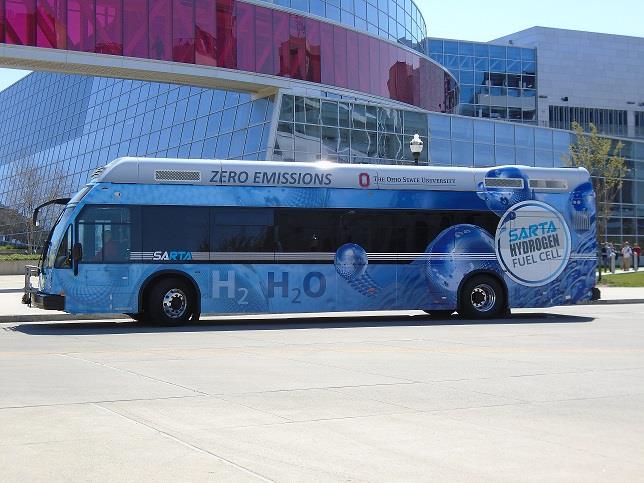 The Stark Area Regional Transit Authority (SARTA) is adding two fuel-cell buses to its existing fleet of five. The Federal Transit Administration recently gave SARTA $1.75 million to help fund the program, which will total eleven buses by the end of next year. Kirt Conrad, the CEO of SARTA, says the agency has the third-largest fuel cell bus fleet in the country. He says these buses are important for the community.

“The biggest advantage really is that there’s zero emissions. There’s no pollutants, there’s no CO2. There’s nothing except water that comes out of the back of the vehicle. The second biggest is just since it’s an electric drive motor, it’s a very quiet vehicle, and it’s very efficient when it comes to starting and stopping.”

In addition to buses, Conrad says SARTA is working with the Ohio State University’s Center for Automotive Research to deploy electric and fuel cell vehicles.

According to a study by SARTA, these vehicles could create up to 65,000 jobs in the state. Conrad says he wants Ohio to be ready if there is a movement toward fuel cell vehicles.